A young white-bellied sea eagle was spotted tangled in a twine of a fence.

A white-bellied sea eagle might have never had a chance to fly again if it weren't for a skilled woman.

A kind samaritan in Australia spotted a young eagle and knew at once that she's in trouble. She was separated from her family and was tangled up in a twine on a fence. Rescuers tried to disentangle her and then rushed the bird to a veterinary clinic for care. 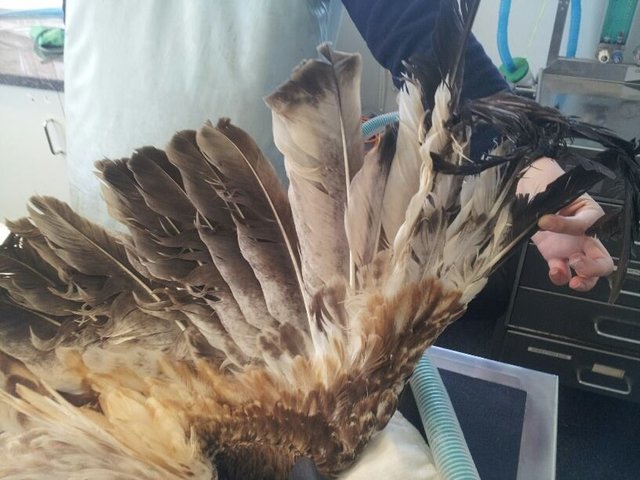 Four of it's primary feathers were damaged.

The staff from Grafton Vet Clinic immediately examined the youngster and discovered that four of her primary feathers were severely damaged, luckily there were no broken bones or other grave injuries.

Without her primary feathers, she'll have difficulty to fly with the kind of precision she needs to hunt for food and survive. So, a specialist who knows just how to rebuild her wing was brought in from Casino Vet Clinic. 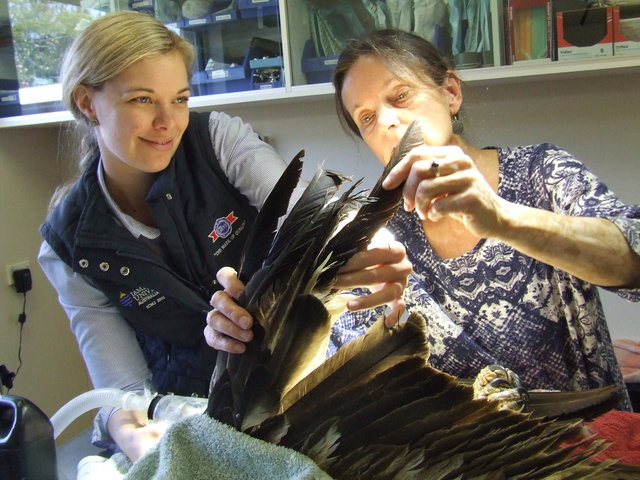 Specialist for implanting new feathers from Casino Vet Clinic was brought in.

"Feather repair using the imping technique was the best option to get this young bird back out with her family," Australian Raptor Care and Conservation Inc (ARCC) wrote on Facebook last week. "After a suitable donor wing from the same species and an aged bird was sourced, the imping was carried out by raptor rehabber Melanie."

"Imping is short for implantation, they take feathers from a suitable donor and implants them into the injured wings to give struggling birds, like this eagle a new chance of life. Over the time, the feathers will typically molt as if they are the bird's old feathers. 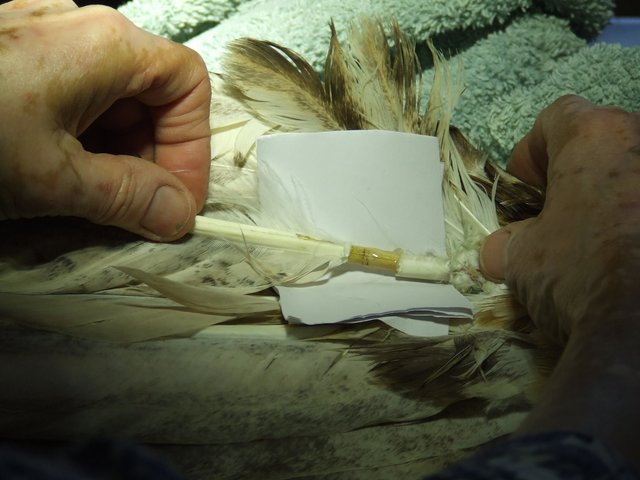 They used a piece of bamboo and glue to secure new feathers.

"The repair was done by joining a new feather to the broken one; however it must be the exact corresponding feather from a bird of the same species and maturity," the specialist said. "Sadly, not all rescued raptors survive their injuries, but their wings and tails can be kept in a feather bank and used as feather donors to help other birds of prey."

"Imping truly is a precision art, and no mistakes can be made," ARCC added. "The length and angle of the repaired feathers must be perfect as they will impact directly on aerodynamics, maneuverability and hunting success of the bird."

Rescuers used a piece of bamboo and glue to secure the new feathers in place to the eagle's wing. "Often the donor feather has a different shaft diameter to the feather being repaired, so adjustments need to be made," ARCC said. "The bond must be secure to last until the feather is naturally molted and a new feather grows in its place." 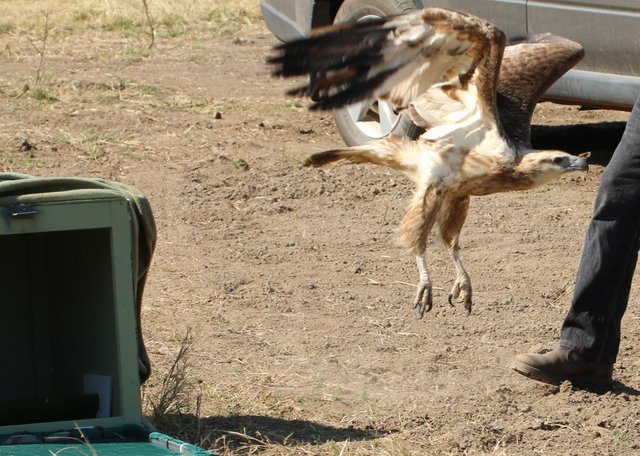 The young eagle was then released after rescue.

As luck would have it, her new feathers were perfectly implanted.

After a few more days in care, ensuring there were no problems with the repaired wing, she was released back where she was first found. After a few minutes, one of the eagle's parent appeared to check on the young one.

Finally, she is reunited with her family with a new set of wings.

“To those who have always wondered how they might best serve the wider world, wildlife conservation is, at its core, one of the purest forms of giving.”