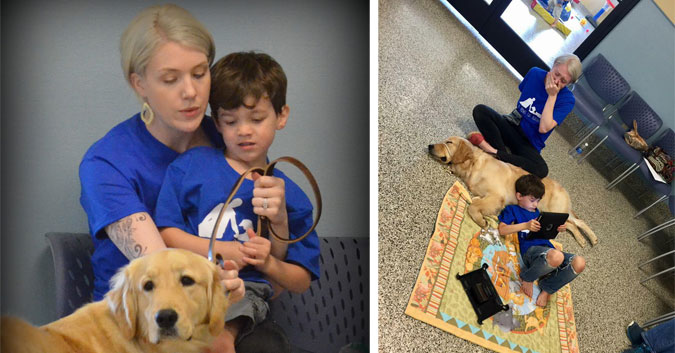 Everybody needs a friend whatever age, race, disability and so. 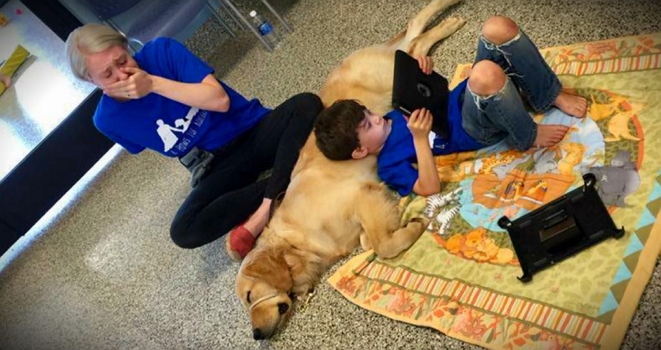 A photo was posted online by Shanna Niehaus, a mother of a five-year-old Kainoa, who has Autism.

The photo's caption touched thousands of people around the world. 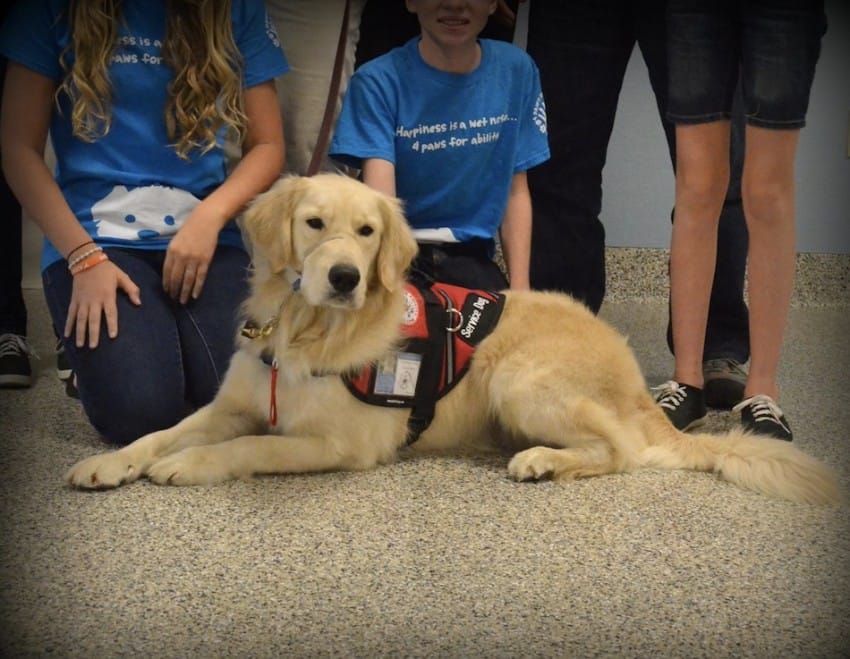 Here's what she said:

"See this moment? I’ve never experienced a moment like this. Yesterday was the first day my 5-year-old autistic son met his new Autism Service Dog, Tornado. We are Americans that live overseas in Japan and have prepared for nearly two years to meet Tornado.

This picture captures the face of a mother who saw her child, who she can’t hug, wash, dress, snuggle, and touch, freely lay on his new service dog of his own free will, with a purposeful, unspoken attachment. This is the face of a mom who has seen her son experience countless failed social interactions on the playground in an attempt to have a friend. Any friend. Any kind of connection. She has sat with her son while he has cried at night for months because he has no consistent connections outside of the family, no matter how hard he tries and no matter what he works hard on in his autism therapies. It doesn’t transfer to the naturally occurring world for him. And now she is sitting behind her son silently watching this moment, with the air sucked from her lungs, and no words to say. 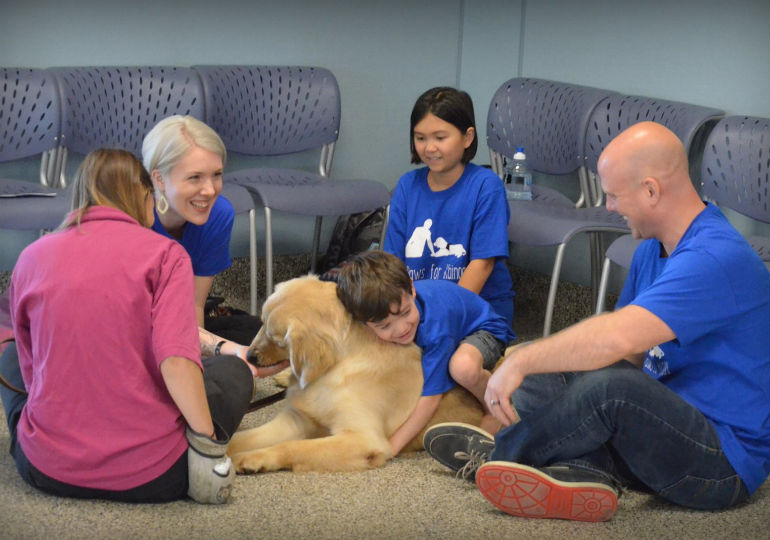 Shanna Niehaus' 5-year-old son Kai tried for many years to make friends but it never happened.

It’s worth every fight for services for my son, every diagnosis, every new provider, every dollar spent, every paper filled out, every school meeting, every shed tear, every step forward, every step back, and every wonder of the unknown future. Somehow because of this — because of Tornado — I know everything will be okay. As a mother, I have seen countless challenging and painful moments my son has encountered and cried countless more. Yesterday, however, I cried for a different reason. It is a feeling that is indescribable."

It's actually difficult to imagine how a mother feels when she can't even hug her own son without risking him having a panic attack. Children with Autism find it difficult to establish a connection with people around them. That is why we have specially trained dogs to help them out. They can help calm a child when they have a panic attack, look after them, and notify parents if help is needed. Because dogs behave differently to people, autistic children often find it easier to socialize with them.

Kainoa and his bestfriend, Tornado

Autism is not an illness; it’s a unique form of development. It can’t be "cured" with medicine. But dogs can help the people who experience it overcome some of their difficulties. Their care, devotion, playfulness, and warmth can do so much to help autistic children establish connections with the world around them.

“You see, sometimes in life, the best thing for all that ails you has fur and four legs.”