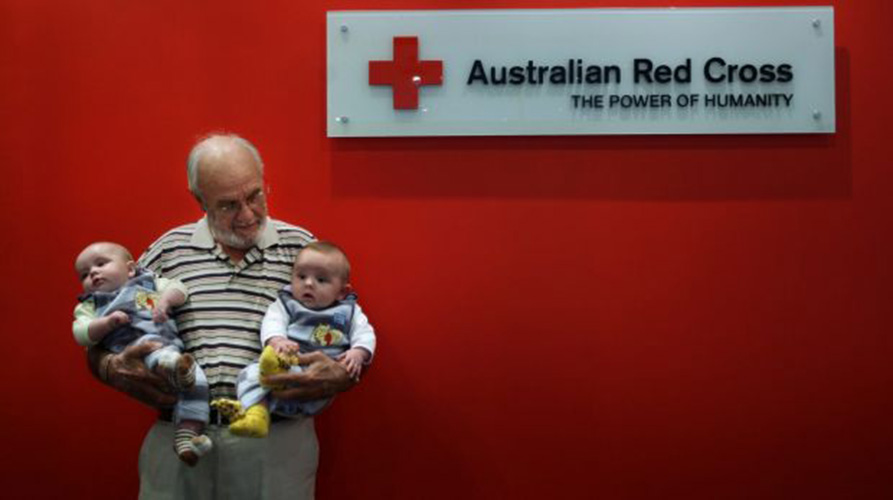 James Harrison: The Man with the Golden Arm

A Man With A Rare Blood Type Saved 2 Million Babies

Have you known someone in your life who saved not only a few thousands of people, but instead a whopping 2 million babies? Amazing, isn't it? Let's meet the man who did it all.

Meet James Harrison. A simple yet ordinary man from Australia, who was known as "The Man with the Golden Arm."  Who would've thought this man, who has a unique blood type, already saved 2 million babies! Very surprising, right?

James promised himself that he would become donor himself.

James, at the age of 14, underwent a chest operation that removed his lung. He received 13 liters of blood from unknown people who actually saved his life.  He promised himself that he would become donor himself.

Over the past 60 years, he has donated blood from his right arm. What's surprising is -- the doctors found James' blood to be rare, Rh-negative and that there was an antibody in his plasma that stops babies dying from a form of severe anemia called Rhesus disease. 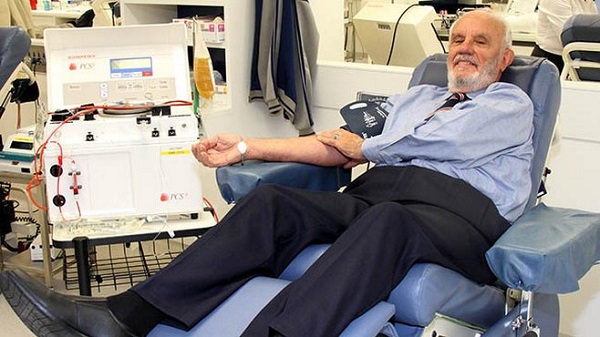 Rhesus disease creates an incompatibility between the mother's and the baby's blood. The mother who's having a Rh-positive blood, while the other Rh-negative. And during that time, thousands of babies were dying each year because of this disease; where some newborns also suffered permanent brain damage.

James' blood donation led to the development of a vaccine known as Anti-D.  He is Rh-negative and gives injections of a Rh-positive blood.  Since his plasma could treat the disease, every vaccine created in Australia contains some of his blood. 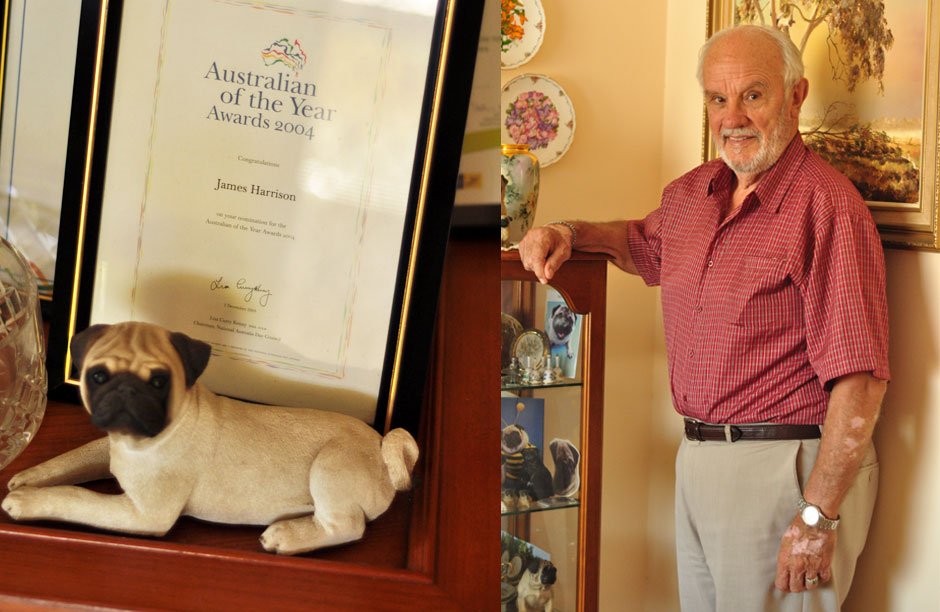 James’ life was insured for one million Australian dollars

James was credited with saving the lives of more than two million babies including his daughter’s children. Thus, his life was insured for one million Australian dollars. Even his daughter, Tracey, had an Anti-D injection after giving birth to her first son. 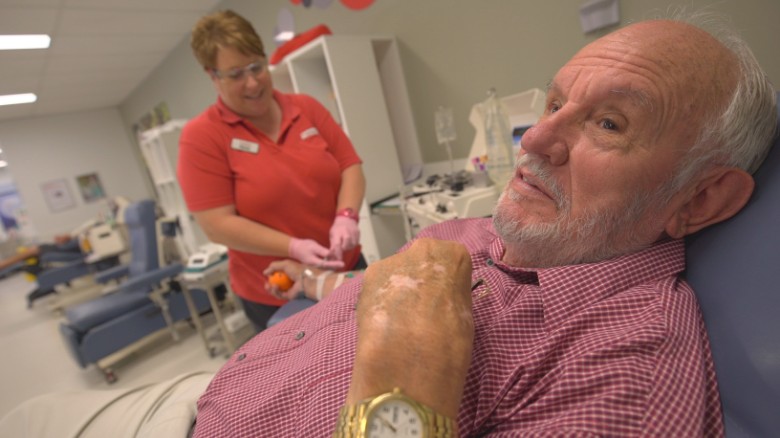 James Harrison is now considered a national hero and won numerous awards. He said that no matter how many times he's given his blood, there is one thing that will never change -- that he never watches the needle go in his arms, even once! He either looks at the ceiling or to the nurses, because he cannot stand the pain, and cannot dare to see his own blood.

You are indeed a national hero, James! A very extraordinary, and amazing guy. Way to go!

“Miracles occur naturally as expressions of love. The real miracle is the love that inspires them. In this sense everything that comes from love is a miracle.”