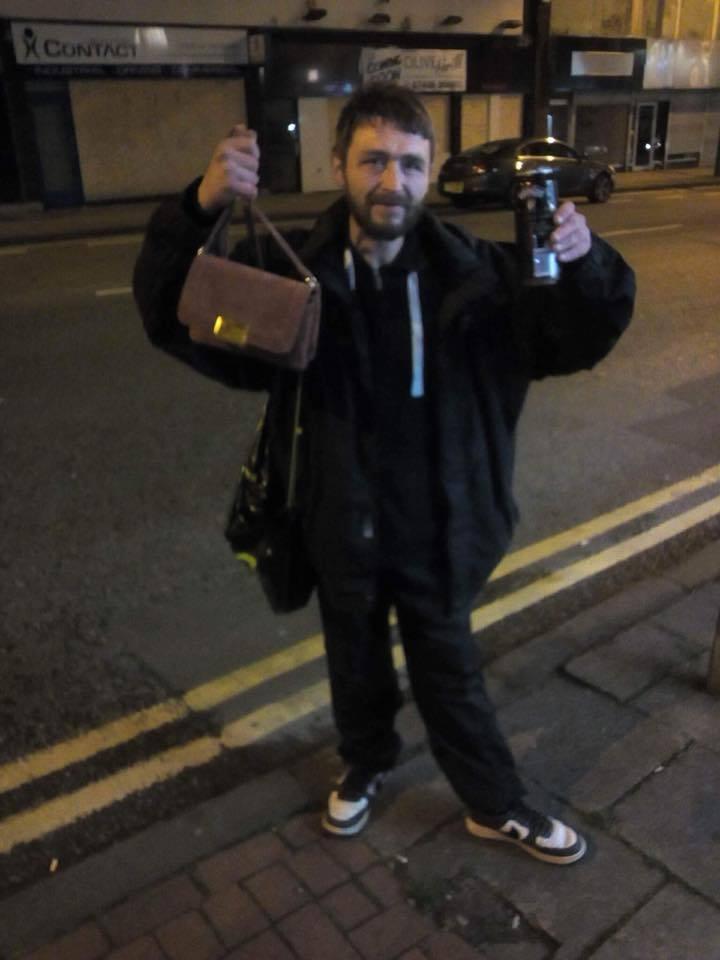 Paul showing the bag he returned.

What would you do if you find a purse, cellphone, etc. somewhere? Are you going to report it, pretend you didn't see it, claim it, or spend the time searching for the real owner of the lost item?

The first impression from most of the society of the homeless is that they are a bad model for society. But one homeless man proved everyone wrong. 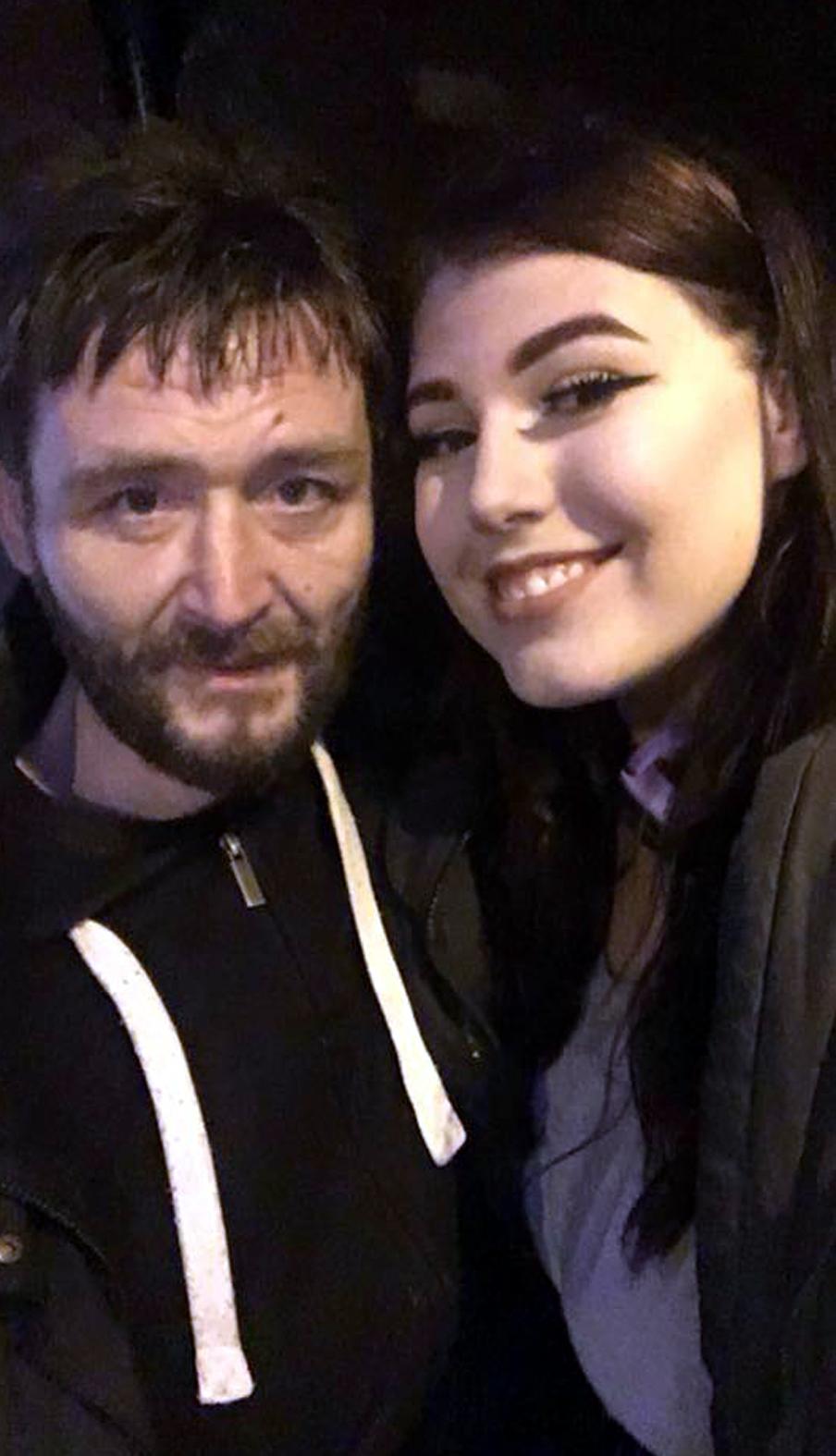 Daisy Owen, a woman who lost her purse including an iPhone and cash and a kindhearted homeless man named Paul who found Daisy's purse, and would you believe that instead of taking the purse and selling what was inside, he searched for the real owner all by himself. 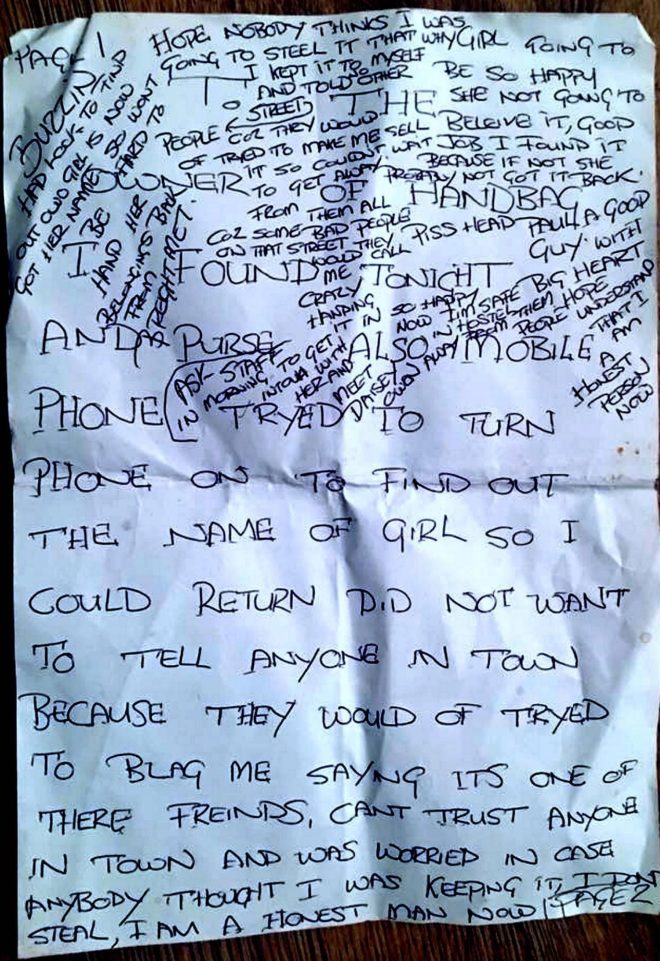 Paul wrote a note to find the owner of the bag.

“I lost my bag on the weekend which had my iPhone 6s+, my purse, keys, and provisionals in it, and I have been absolutely heartbroken,” He is homeless and currently living in a hostel yet still didn’t take A PENNY out of it.", Daisy wrote on Facebook. 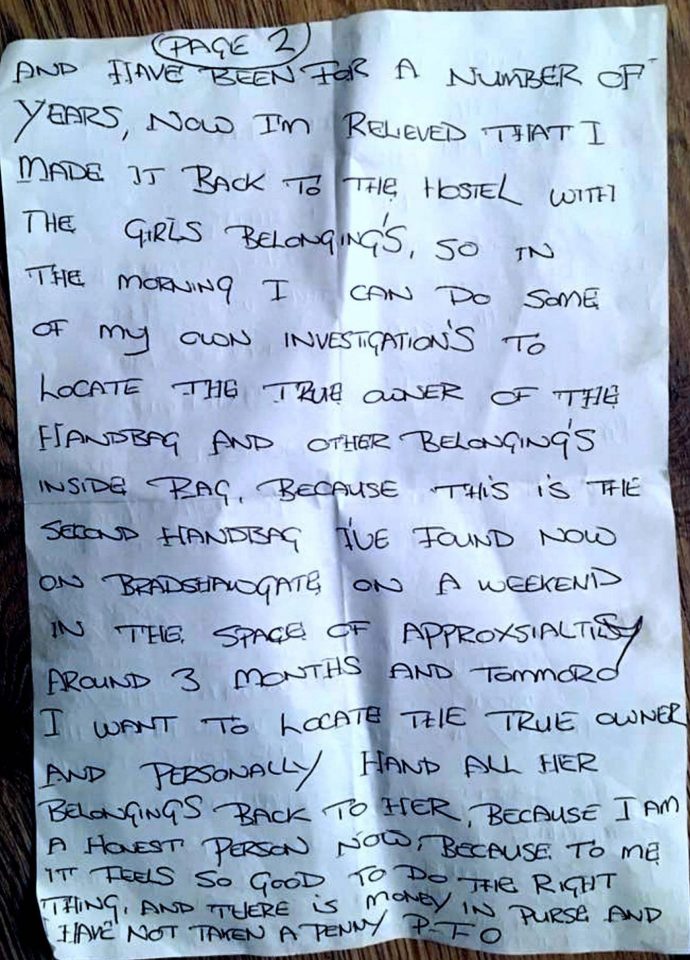 Paul spent days searching for her and was about to go to Daisy's house to give back her purse. Because of this good experience, Daisy uploaded a note about what had happened; and even included the photos of Paul, as well as the note he wrote for Daisy. 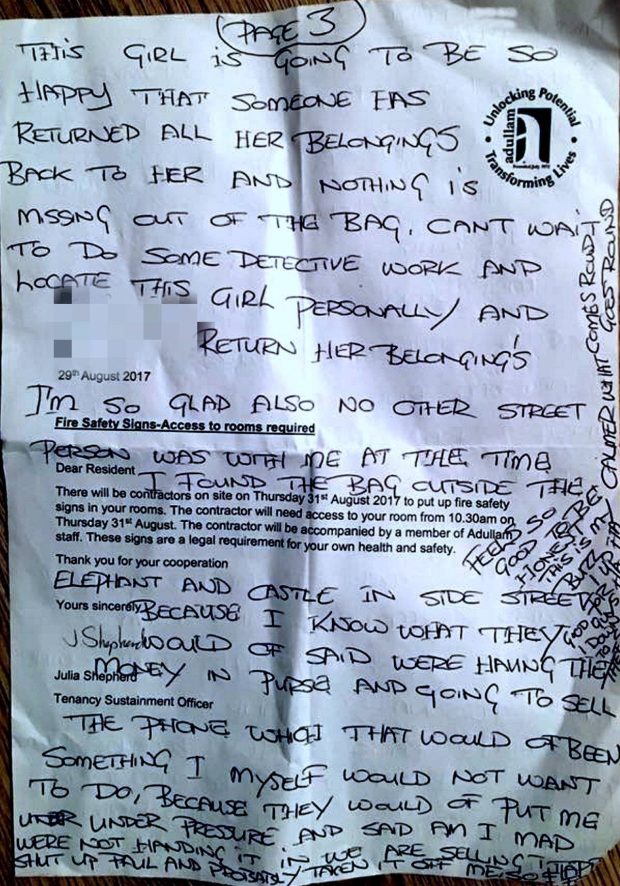 Page 3 of Paul’s note, he was determined to return it to Daisy.

Paul's good deeds received a lot of reactions, and for Daisy, as a way to thank him, she even went above and beyond, and she raised over $3,000 to thank him.

Thanks for sharing this story. Way to go Daisy on paying it forward!!!