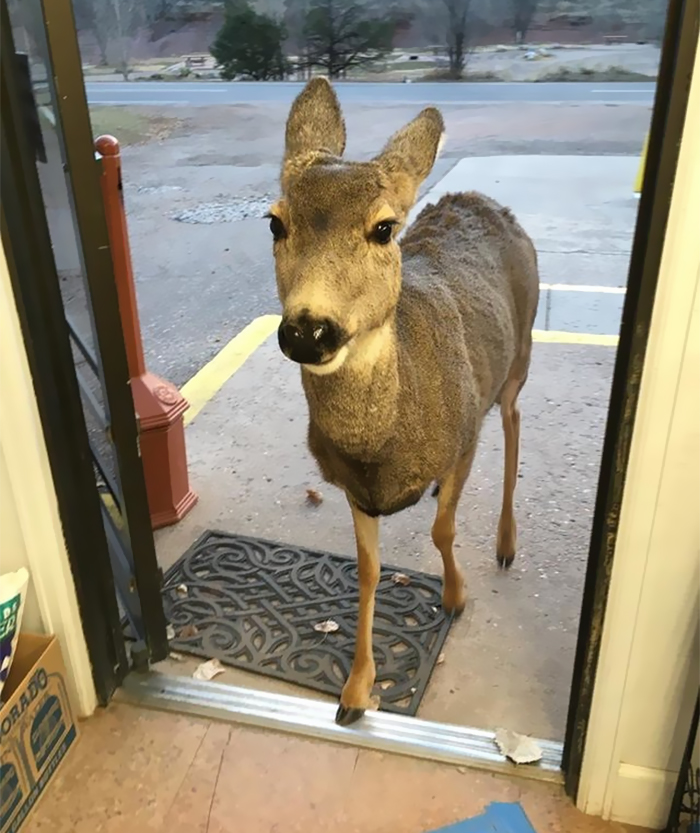 A small gift shop in Fort Collins, Colorado got some unexpected guests.

Deer Checks Goods In Store - Then Came Back With Hilarious Surprise

Since Christmas is just around the corner, it's a busy time for many stores. But in Fort Collins, Colorado, a small gift shop got some somewhat unexpected customers. 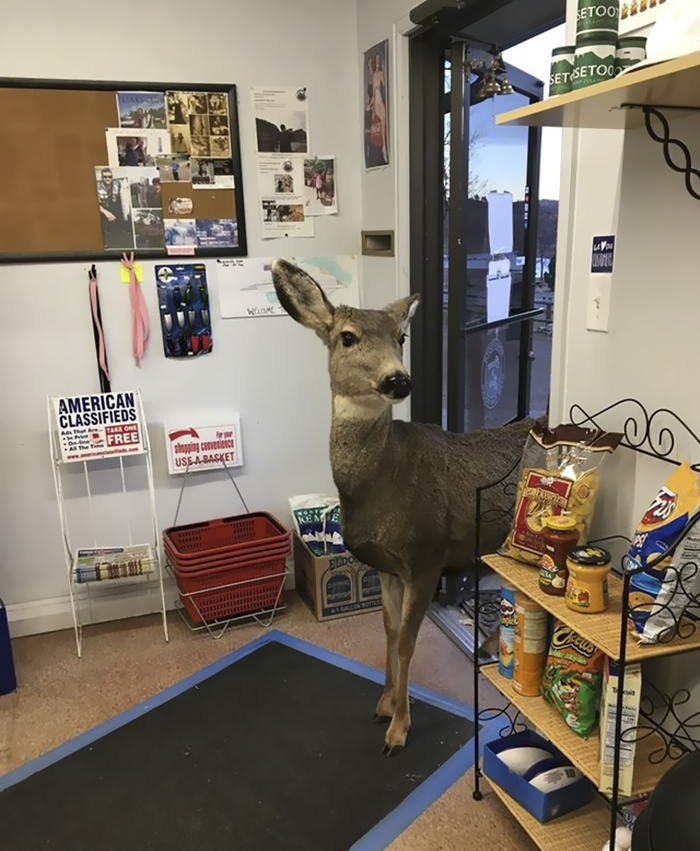 A young doe casually walked in as if on a mission to pick out some gifts for her family.

Lori Jones was working her usual shift at the gift shop, part of the Horsetooth Inn and RV Park, when a young doe walked in as if on a mission to pick out some gifts for her family. “It was hilarious,” Lori said. “She was looking at the sunglasses and the chips. I was laughing so hard.” 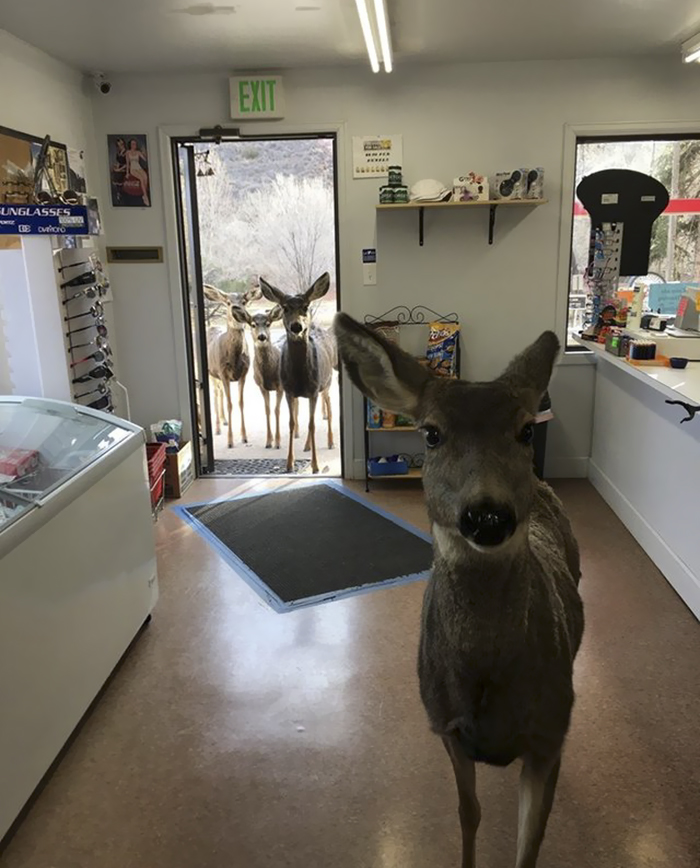 Here’s the rest of her keen!

The doe, having reviewed the goods on sale, was lured out of the store by Lori using something tasty. But that wasn’t to be the end of it. About 30 minutes later, the deer came back with her whole family.”

Well raised as it seems, the deers waited outside patiently. “They were just looking in the doorway like, "Can we come in too?" Lori shouted "No!" and was laughing hard. 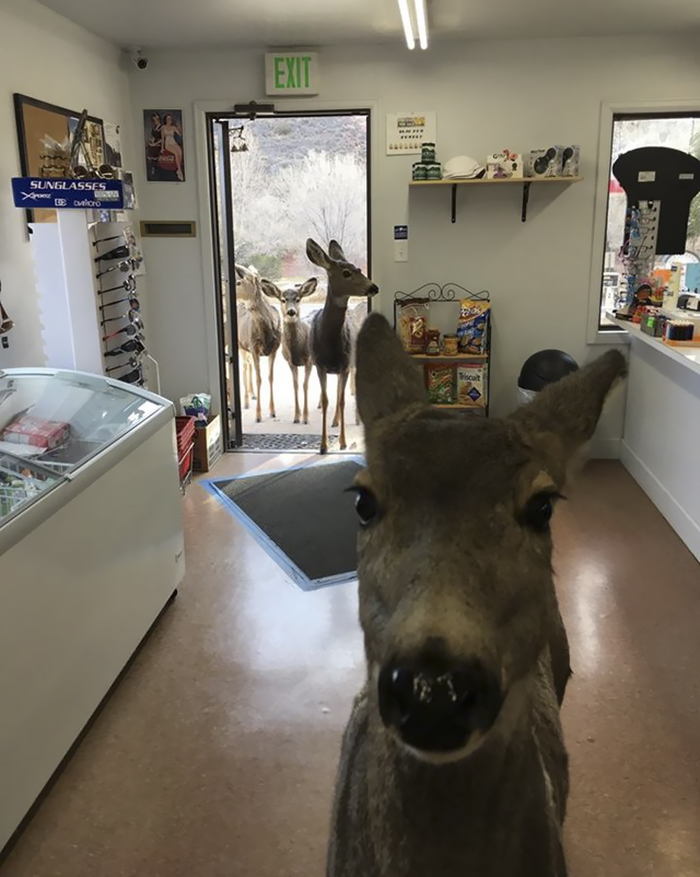 Eventually Lori managed to lure the curious family away from her store.

Eventually, Lori managed to lure the curious family away from her store, but not before snapping some incredible close up photos with her phone. While there is plenty of wildlife around this beautiful area at the foot of the Rockies with mountain lions, bighorn sheep, deer and raccoons amongst others, this was an unusually close encounter!

It's going to be a Merry Christmas after all for Lori.

“The fabled musk deer searches the world over for the source of the scent which comes from itself.”